How to Decide Between Being a Web Designer vs. Web Developer in 3 Easy Steps 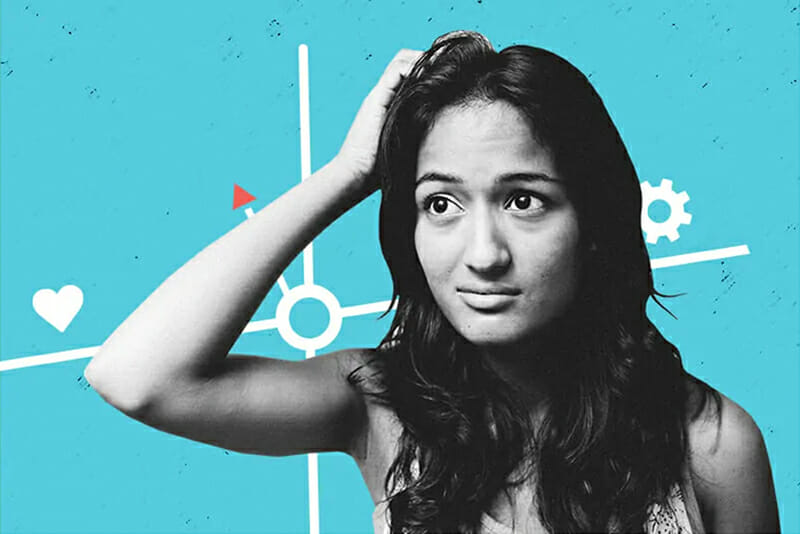 If you’re just getting interested in learning to code, it’s normal to be confused about which career path could be right for you. When new students start our Break Into Tech program, one of the first things we help them do is answer the question: should I be a web designer vs. a web developer?

There are so many ways to niche down and gain specialized expertise, and it’s a lot to consider if you’re just dipping your toe into the tech world. So how do you decide between doing web design or web development, and which is better for you?

This post will help you understand the key differences, so you can make an informed decision.

Being a web designer might sound ideal to you: you’d get to create beautiful things for the Internet, and use up all your creative juices on typography pairings, color schemes, building wireframes, and giving website designs that certain je ne sais quois using your mad Adobe Photoshop and Adobe Illustrator skills.

But web development could be an appealing career too, and we hear from students all the time that it sounds like the “smarter” choice in tech because of the high salaries that web developers can expect. Learning coding skills allows you to build awesome websites and web apps using a ton of programming languages, and there are tons of jobs available for developers.

Whether you ultimately choose design or development, our career paths include a course in HTML and CSS. Once you’ve gotten your feet wet, it can be way easier to decide which direction — web design vs. web development — is a better choice for you.

Step 1: Dispel the myths of web design vs. web development

Before you can make any decisions about what kind of tech career you want, you need to make sure you know exactly what web designers and developers do.

If you’re like me, you’ve probably been socialized to define “web designer” and “web developer” in ways that don’t represent what it’s actually like to be one, and you’ve never even talked to a real-life web designer or developer.

My biggest misconceptions about designers and developers had to do with how much money they make, how steep the learning curve is, and what kind of work they actually do. I mistakenly believed the myths that:

Myth: Learning to be a front end or back end web developer is harder than learning the skill sets to be a designer (or the other way around).

Some assume that because front end development and/or back end development involves higher-level programming, it will be harder to learn than design. Others see design as more difficult because they think that it requires more innate (rather than learned) creativity and learning how to use design software.

In fact, when you’re starting from scratch, learning any new skill set is a challenge. Web development and web design aren’t inherently more or less challenging — your strengths and weaknesses will dictate which is the path of least resistance for you.

How much does a web designer make compared to a web developer?

*Indeed salary search for the US.

But if you start searching more specific areas of a web designer salary, you’ll see that the two are competitive:

It’s true that, on average, a web developer salary is higher than a web designer’s, but as a beginner, this isn’t something you’ll have to worry about. Whether you start learning how to become a web developer or a web designer, you probably won’t be a senior full-stack developer (and make the very top salary) within a few months, since that usually requires years of experience.

Web designers make plenty of money. Since both are lucrative options, it’s better to choose what will make you happier rather than what you think will pay more.

Myth: Web designers don’t need to know how to code at all.

While web designers don’t need to be pros at coding, per Cristy Koebler, Associate Director of Class Operations here at Skillcrush, “It’s helpful for designers to understand how to code, but I wouldn’t say they have to. If they can understand basic HTML and CSS, they know how to deliver a design that a developer can code up. So they know what works/looks best, they organize design files so developers can easily get the info they need, and they’re aware of best practices.”

Cristy also points out that “nowadays, some designers might do both design and coding and lots of freelancers do both. It’s definitely a plus to have coding skills.” If you’d like to be a web designer who can also code, HTML, CSS, and JavaScript are good bets, as well as learning a CSS preprocessor like Sass or LESS and knowing how to use jQuery, a JavaScript library.

While web design falls under visual design — which also includes UX design, UI design, graphic design, digital design, and product design — web designers who can code, especially those who have next-level skills like Sass, Bootstrap, and JavaScript, are in HUGE demand.

If you’re transitioning or breaking into tech, you can increase your chances of being hired as a web designer or web design freelancer by knowing how to code and being able to turn your designs into working prototypes and user interfaces. The best way to make good money AND be able to deliver what clients and employers want most is to be a whole package of designer and programmer magic.

Step 2: Figure out exactly what web designers and web developers do.

Now that you’ve gotten some of the myths cleared up, you need to know how web designers and web developers actually spend their time.

Web design is actually a niche in the broader field of design, which includes graphic designers, UI designers, visual designers, UX designers, and more. Web designers specifically work on things like design elements and components that end up on the web. They might create website designs from scratch, or they might work for a brand and contribute assets and graphics that appear across a site or app, such as graphics, icons, images, logos, and more.

Developers (particularly front-end web developers) implement those designs in the products they build.

Web designers craft the overall vision and plan for a website. A web designer’s job is less about using code to bring a website to life and more about determining a site’s layout, color palette, font set, and visual themes.

A web designer would use their knowledge of color theory and tools like InVision to create mockups, prototyping, and templates when designing a site. Web designers pay attention to how their UX designs and visual elements impact users as well as the website’s look and feel and then hand off their plans and layouts for a web developer to code.

A web developer takes the plans and layouts provided by web designers and uses coding languages to turn them into live, functioning websites. A web developer’s job might have them work more with programming languages like PHP, Java, Python, and Ruby to build databases that allow for dynamic content updates and for users to be able to submit information.

A web developer’s job might also be to code server-side interactions, like calling APIs or using SQL to query a database (depending on whether they’re front end developers or back end developers) so that users can share content across platforms and access videos/images from servers on their screens. Web developers also work with Git and GitHub to save and push code live to a webpage or web app.

Step 3: Analyze yourself: how to figure out whether Web Designer or Web Developer is better for you

Once you are well informed about the true differences between web design and web development, you need to figure out which one fits YOU. If you’re looking at those descriptions and thinking, “I could do any one of these!” that’s okay. These simplified descriptions of the general characteristics of web designers and developers should help:

Web designers tend to experience the world in a visual way. For example, when giving you directions, they might tell you to turn right when you see the big tree.

Web designers also tend to rely on intuition and feeling, since they spend a lot of time developing the look and feel of websites and user interfaces. For example, if you asked them to write a word in the center of a page, they would probably eyeball it.

Web designers love to come up with big ideas and imagine the whole picture. For example, if a web designer were building a theme park, they would love to focus first on the overall “vibe” of the theme park, the layout, and the way a visitor would experience it, before getting into details like the colors, shapes, and names of the rides.

Web developers tend to approach the world from a logical, scientific standpoint. If they were lost, rather than looking for a familiar landmark to guide them, they might look up at the stars or drop a GPS pin.

Web developers also tend to see the world as a vast collection of data that can be used for different purposes. If you asked a web developer to write a word in the center of a page, they would look for a tool to measure it in the quickest, most efficient way, maybe by folding the paper evenly into 4 squares or grabbing a ruler.

Web developers like to handle big projects by taking them one step at a time and paying close attention to the details. If a web developer were building a theme park, she would love working on the details of the physics of the rides and the number of visitors the park could accommodate, and she’d work through them one small step at a time.

If you need more guidance when it comes to choosing which way to start your tech career, try these resources:

Remember, it really doesn’t matter how you start learning tech skills (whether you do a bootcamp, are self-taught with tutorials, etc.), or what path you take. It only matters that you actually start learning tech skills. Once you’ve gotten started and begin to build real experience with design and code, it’s much easier to decide what career works for you. With Skillcrush’s Break Into Tech course, whether you decide to focus on web development or web design, you’ll learn HTML and CSS and get access to more than a dozen coding and design courses.

As soon as you learn those basic skills that both web designers and developers need, like HTML and CSS, you’ll be that much closer to uncovering the tech career that will be perfect for you.

And when it comes down to it, sometimes the best thing you can do is talk to someone who’s a few steps ahead of you. Use Twitter to get in touch with web designers and developers, or email us at hello@skillcrush.com, and we can talk it out!

Wondering if tech is right for you?

Take our free, 3-minute quiz to find out.